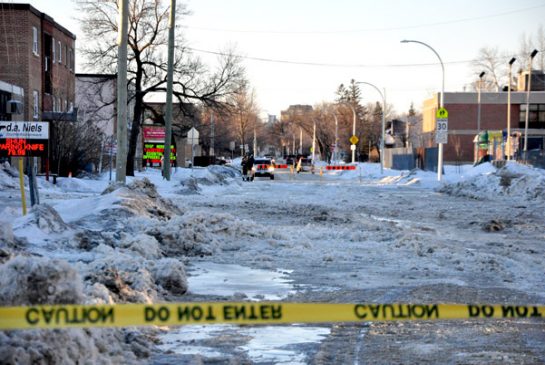 WINNIPEG — Those living in areas of St. James woke up to a slushy mess and some with flooded basements on Tuesday.

The city has several crews on scene working to reduce water levels on the streets.

Motorists are being asked to avoid the area.