Rare Inuit Art Pieces from Nunavut Revealed at the WAG 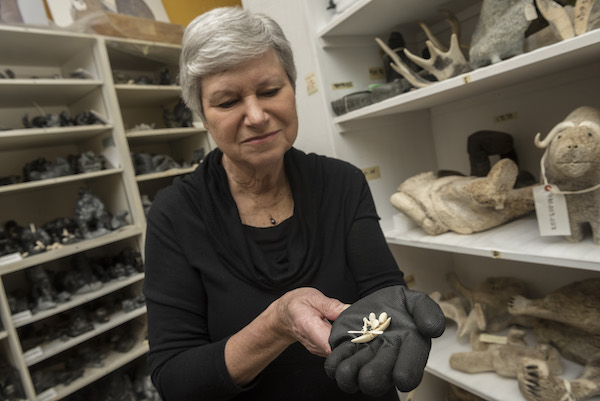 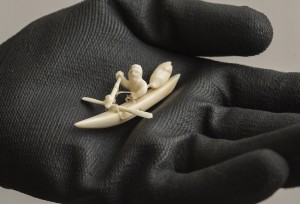 Hunter in Kayak by carver Bernadette Iguptark Tongelik (Repulse Bay) is just one piece of almost 8000 artworks from the Government of Nunavut art collection currently on loan to the WAG. (DAVID LIPNOWSKI PHOTO)

Rare pieces of Inuit art were revealed Thursday for the first time at the Winnipeg Art Gallery.

The Government of Nunavut has loaned the artwork to the WAG for five years and the last shipment of priceless artifacts arrived last week.

A total of 300 crates holding nearly 8,000 Inuit pieces made the journey some 6,000 kilometres from Yellowknife, Iqaluit, Peterborough, and Toronto to Winnipeg.

The artwork will eventually fill the future Inuit Art Centre. A selection of prints, drawings, carvings, ceramics, and textiles will be displayed at the WAG beginning this spring.

“It will also be wonderful to provide an opportunity for scholars and researchers to see and study the collection,” Borys added. “We are grateful to the Governments of Nunavut and Manitoba for making this historic loan possible.”