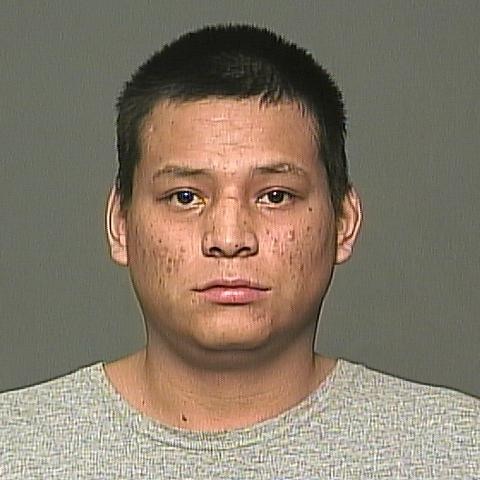 Travis Chief (aka Travis Guimond) was wanted on a Canada-wide arrest warrant in the death of Henry Kipling in Winnipeg on February 27, 2016. (WPS / HANDOUT)

A man wanted on a Canada-wide arrest warrant for the manslaughter of a 43-year-old man on February 27 has been arrested.

Travis Chief (aka Travis Guimond), 23, was arrested just before midnight on Friday by members of the Dakota Ojibway Police Service in Waywayseecappo.

Henry Kipling was assaulted twice in the 800 block of Main Street shortly before 3 a.m.

Police say the victim was kicked out of an establishment after getting into a minor dispute. He was confronted by Jenna Rose Traverse, 23, who police say assaulted him. She has since been charged with aggravated assault and remains in custody after being arrested on Thursday.

A short time later while quietly waiting for a taxicab, Kipling was assaulted and attacked in a separate incident. He suffered further injuries and was taken to hospital where he later died.

Police believed at the time that Chief may have left Winnipeg and was in the Waywayseecappo area with a male and female.

Chief is facing manslaughter charges and remains in custody.