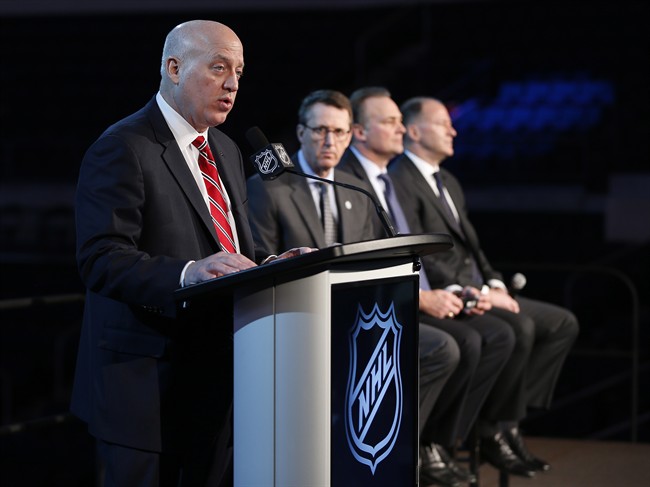 NHL Deputy Commissioner Bill Daly announces the Heritage Classic between the Winnipeg Jets and the Edmonton Oilers is to be played October 23rd in Winnipeg as Jets Chairman Mark Chipman, Hockey Hall of Fame member Dale Hawerchuk and Oilers Entertainment Group Vice-Chairman Kevin Lowe listen in during a press conference in Winnipeg on Sunday, March 6, 2016. (THE CANADIAN PRESS/John Woods) 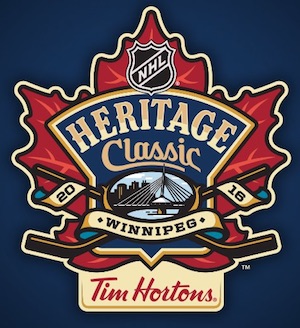 The NHL’s worst-kept secret is out of the bag. Winnipeg will host the league’s Heritage Classic game this fall.

The Jets will host the visiting Edmonton Oilers at Investors Group Field on Sunday, October 23.

NHL Deputy Commissioner Bill Daly and representatives from both teams made the announcement at MTS Centre Sunday afternoon.

Winnipeg’s outdoor hockey game supposed to be held this season, but had to be held over due to scheduling conflicts surrounding the 103rd Grey Cup.

We’re thrilled that the Jets, their fans and the City of Winnipeg will launch the 2016-17 NHL outdoor season with the 2016 Tim Hortons NHL Heritage Classic at Investors Group Field,” NHL commissioner Gary Bettman said.

“Alumni games also create a unique brand of excitement, and so it is with great anticipation that we look forward to seeing the returning Jets and Edmonton Oilers getting together to rekindle special memories.”

Former players from both the Jets and Oilers will play in an alumni game on Saturday, October 22. Retired Winnipeg centre Dale Hawerchuk has been named captain and said former Jet Teemu Selanne will also suit up.

Wayne Gretzky will captain for the Oilers.

Ticket prices, seat selection, and broadcast information will be released in the coming months.