Manitoba Liberals Lose Another Candidate and Staffer with Election Looming 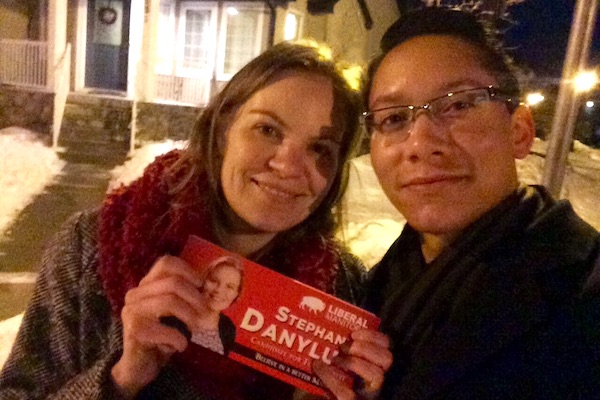 WINNIPEG – The Manitoba Liberal Party lost another candidate and a staff member Monday — the latest blow to the small party with a provincial election six weeks away.

Stephanie Danyluk dropped out of the race in the Winnipeg constituency of Fort Whyte, citing personal reasons. Her boyfriend, Spencer Fernando, resigned as the party’s chief of staff.

“After dedicating nearly 10 years to political life, I have come to the difficult, personal realization that politics is no longer the career path for me at this time,” Fernando wrote in an email, adding that he was taking on a job with his father at a photography business.

“There is a big world outside of politics, which I look forward to exploring. I wish (Liberal leader) Rana Bokhari, my former colleagues, and the Manitoba Liberal team all the best.”

Danyluk also wished the Liberals well, and did not reveal any details about her decision to quit.

Liberal spokesman Mike Brown says the departures were disappointing, but not unusual.

“Politics is politics and sometimes people leave for their own reasons. If I was a mind reader I would tell you what those (reasons) are, but I’m not and I can’t.”

The departures follow the loss of Jamie Hall, a Liberal candidate in the Southdale constituency in Winnipeg and the party’s social media co-ordinator. Hall resigned over social media comments in which he used offensive terms for women.

The disarray so close to the April 19 provincial election is a sign of acrimony behind closed doors at Liberal headquarters, according to one political analyst.

“Candidates don’t leave, chiefs of staff don’t leave this close to an election unless something significant has occurred,” said Royce Koop, who teaches political science at the University of Manitoba.

“That’s the worst possible image — this image of disorganization and dissension within the party.”

The Liberals hold just one of the 57 legislature seats but have been hoping for a breakthrough in next month’s election. The governing NDP’s popularity has plummeted after it raised the provincial sales tax in 2013, and opinion polls over the last two years have suggested Liberal support has risen sharply.

But the Liberals have had organizational challenges. They raise much less money than the New Democrats or Tories, and cannot afford the same level of staff. They have also seen the departure of experienced campaigners, such as former executive director Jeff Kovalik-Plouffe, who left recently for a job with the federal Liberal government.