Starbucks Mobile Order and Pay Rolling Out to Winnipeg Stores 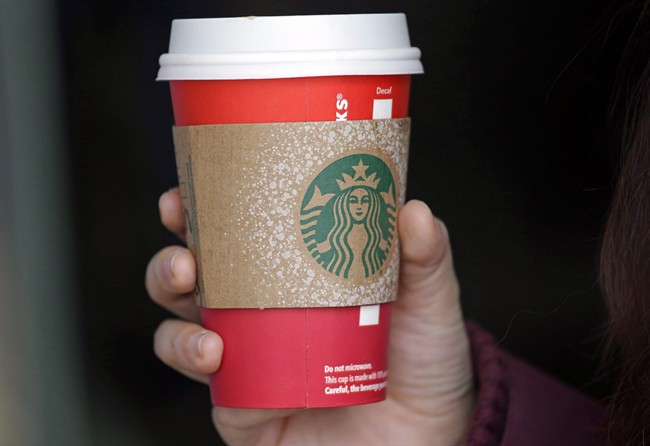 A customer carries a coffee drink in a red paper cup, with a cardboard cover attached, outside a Starbucks coffee shop in the Pike Place Market, Tuesday, Nov. 10, 2015, in Seattle. (THE CANADIAN PRESS/AP/Elaine Thompson)

Waiting in line behind someone with a complicated order at Starbucks may become a thing of the past.

The company is rolling out its mobile order and pay service in Winnipeg on March 15.

Using the Starbucks app, customers can browse a menu and select their drink and food order in advance. With a few taps of the screen, funds will automatically be deducted from your account balance and your order will be sent to the store of your choosing for pick up.

The convenient service is already available in other major Canadian cities, such as Vancouver and Toronto.