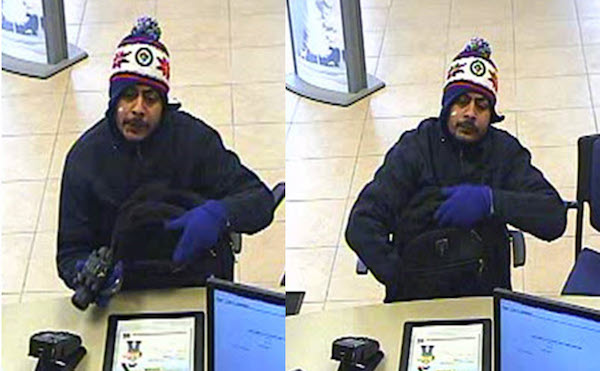 Winnipeg police are hoping the public can identify a man alleged to have robbed a bank on March 4.

Police say the man entered the bank in the 1800 block of Main Street at around 4:30 p.m. and said he had a bomb. A female teller turned over an undisclosed amount of cash before the man fled.

The suspect is described as being Middle Eastern in appearance, 35-40 years of age, 5’10” to 5’11” tall, with a medium build, dark hair, slight facial hair with a moustache.