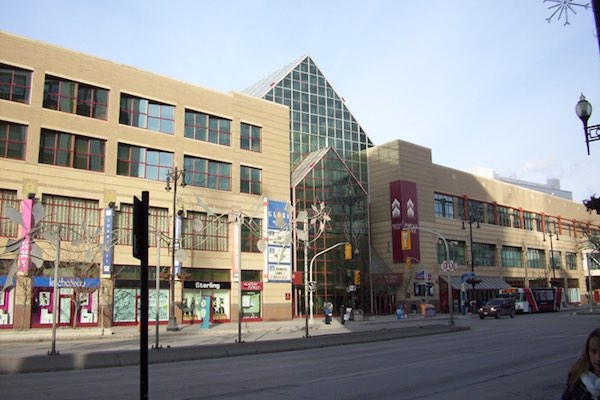 Indigenous community leaders have met with officials from Portage Place Shopping Centre after an elder was mistakenly asked to leave several weeks ago.

Joseph Meconse, 74, was eating in the mall’s food court when a security guard warned him he only had 30 minutes left to be in the mall. When that time passed, Meconse was kicked out for loitering.

The mall later issued an apology and the war veteran has returned.

Since then, a number of short-term and long-term goals have been outlined between several parties. The Downtown Winnipeg BIZ convened a meeting between indigenous leaders Lisa Meeches (Manito Ahbee Festival), Joseph Meconse, and Damon Johnston (Aboriginal Council of Winnipeg) with Portage Place general manager David Stone to connect on a variety of goals to better cultivate an environment of inclusion, welcome, cultural sensitivity, and safety.

Both sides plan to announce a series of initiatives on Friday at 10 a.m. in Edmonton Court beginning with a pipe ceremony and round dance.

“This will be the standard of business moving forward at Portage Place,” Stone said. “We are committed to undertaking these goals and actions to ensure a welcoming environment for all.”