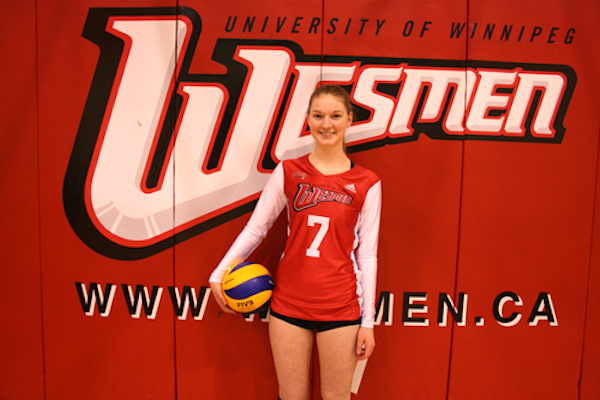 The University of Winnipeg Wesmen women’s volleyball team has added a right side player from Alberta.

Rhonda Thygesen of Camrose has committed to the Wesmen for the 2016-17 Canada West season in September.

The 5’10” Thygesen won a silver medal at the Alberta Provincial Championships last season and won a gold medal at the National Championships in 2014 as a U16 player. She currently plays for the BRVC (Battle River Volleyball Club) Vikings team in Camrose, Alberta in the U18 division.

“Rhonda exudes confidence, understands position and has a great perspective of what university sport will entail for the student-athlete,” said Wesmen head coach Diane Scott.

“She has already proven to be driven, organized and an excellent communicator.”