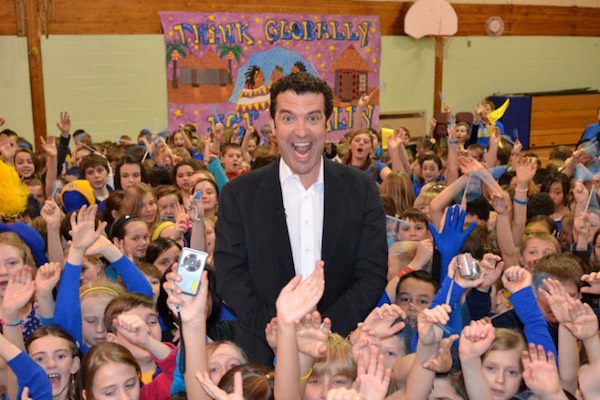 A Winnipeg school, who won a challenge to raise funds for malaria-preventing bed nets in Africa, will soon get a visit from comedian and TV personality Rick Mercer.

Mercer co-founded Spread the Net and hosted a nationwide student challenge to rally support behind the cause in preventing malaria.

Balmoral Hall School in Winnipeg raised $12,000 to be the top secondary school in the country.

Balmoral was one of four schools competing nationally and the one who raised the most funds.

Mercer plans to visit all four schools for his show, “Rick Mercer Report,” in the coming weeks to highlight their efforts and school spirit. The schools will make his season finale when it airs March 29 on CBC.

More than 50 schools raised close to $80,000 for bed nets that will prevent malaria-infected mosquitoes from biting children and their families at night.

The other winners are: