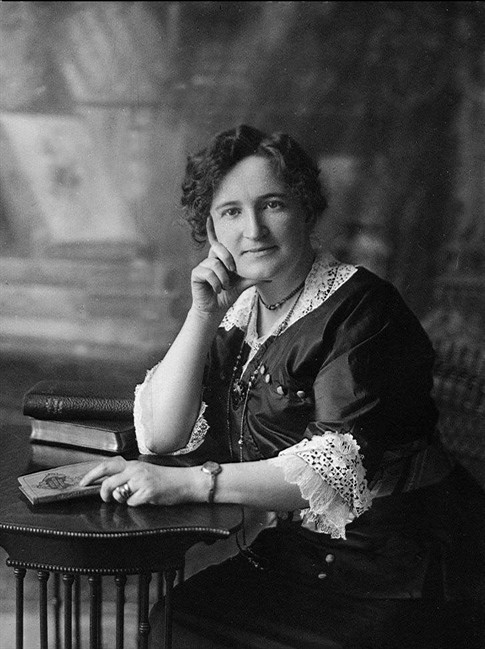 Nellie McClung is shown in an undated photo. (THE CANADIAN PRESS/National Archives of Canada/C.Jessop)

NEEPAWA, Man. — One hundred years ago, Manitoba women won the right to vote in provincial elections. We were the pathfinders, the first Canadian province to extend voting rights to women. It was a monumental shift and can teach us valuable lessons about working together towards a seemingly impossible goal.

The women’s suffrage movement started slowly building momentum in the latter half of the 1800s. By the 1900s, it drew its support from a wide variety of sources. When a large delegation appeared before the Manitoba legislature in January of 1914, to present the case for granting women the right to vote in provincial elections, it included a diverse group of men and women. The group included representatives from the Women’s Christian Temperance Union, the Political Equality League, the Grain Growers’ Association, the Young Women’s Christian Association, the Trades and Labor Council, the Icelandic Women’s Suffrage Association and the Canadian Women’s Press Club.

It’s amazing to think of how far we have come. In response to that January 1914 delegation, Conservative Manitoba premier, Sir Rodmond Roblin, said, “Most women… don’t want the vote.” He, like many others, believed that a woman has “a hundredfold more influence in shaping public opinion around her dinner table than she would have in the market place.” Nice women did not want to vote was the common argument early suffragettes faced.

What was it about these prairie women and their supporters that made them the pathfinders?

We can credit much of it to the type of people who made their homes on the prairies and western frontiers. The prairies were home to many well educated and well informed women. In Manitoba, the leaders were predominantly professionals and often university educated. The core group included physicians, such as Mary Crawford and Amelia and Lillian Yeomans; journalists, such as Cora Hind and Lillian and Francis Beynon and Nellie McClung, who began her career as a teacher but went on to become a popular writer.

These women wanted fairness and equality in areas such as voting rights, property and dower laws and the provision of health and wellbeing to the greater community. Also, the cities tended to attract independent women seeking similar prospects as those that were available to their brothers and to that end, became politically involved. These women, most of whom came from the east, had economic security and access to men in power, those who had the ability to change legislation.

But it wasn’t just the women in the cities. The frontier life required an equal partnership between men and women to develop a homestead into a viable farming operation. They played a more active and visible role in the family’s success or failure. On western Canada’s farms, women worked along side their husbands, but regardless of their land holding before their marriage, once married, women had no legal claim to any part of her husband’s estate if she were widowed or separated. Pioneer women were prominent in farm organizations, which in addition to enfranchisement, pushed for changes to property law.

On March 8, we celebrated International Women’s Day. This year’s theme was celebrating the social, cultural and economic achievements of women. Here in Canada, we enjoy not just the right to vote in elections, but the ability to pursue any opportunities we so choose; this is not the case around the world. The enfranchisement of women in the 1900s didn’t tear society apart, as predicted by those in power at the time, but improved it. We should remember this, and the partnerships that made it possible, as we seek to improve equality at home and around the world.

← Previous: Bisons Football Retires Israel Idonije's Number Next: From Rapper and Broadcaster to Author and Candidate: The Life of Wab Kinew →
Tags: Manitoba