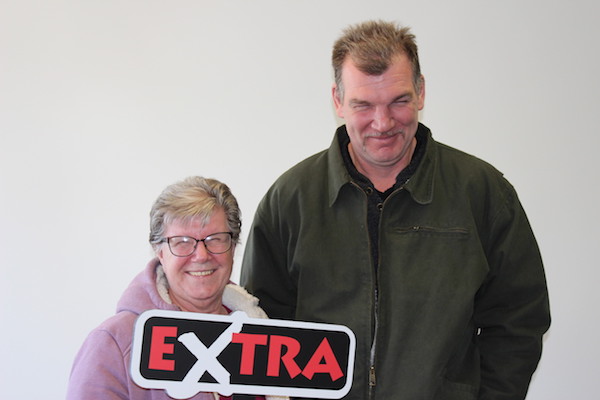 Lillian and Kenneth Taylor don’t quite know what to do with their windfall, but plan on putting some of it toward education.

“You get used to winning free plays or small prizes,” said Lillian. “It didn’t really sink in right away that we had won a major prize.”

The Taylors matched the last six digits of the Extra on the February 13 draw. They also won $6 in additional subsidiary prizes.

The winning ticket was purchased at The Marketplace on Main Street in Selkirk.