Mother of Dancing Gabe Passes Away 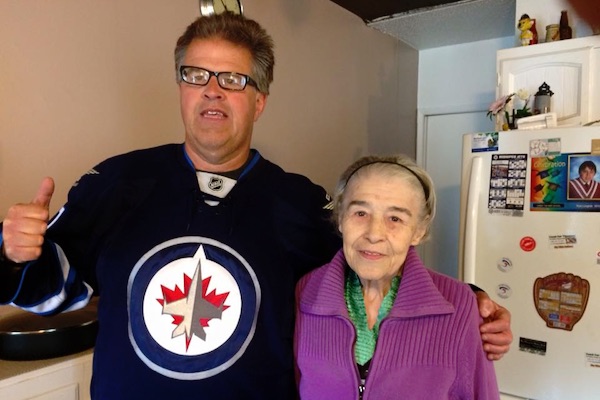 The mother of one of Winnipeg’s biggest sports fans has passed away.

Angelina Langlois, the mother of “Dancing” Gabe, died Saturday after a battle with cancer. She was 84.

Gabe lived with his mother in their St. Vital home, along with his younger sister, Claudette, 49.

Tweets of condolences began making the rounds on Tuesday, including that of Winnipeg Goldeyes general manager Andrew Collier.

Condolences to Gabe & the Langlois family on the passing of their mother, Angelina. Thoughts are with the family during this difficult time

Sincere condolences to @DANCING_GABE_91 on the loss of your mom.

Condolences to “Dancing” Gabe Langlois on the loss of his mother, Angelina, to cancer. She was 84.

Deepest condolences to the Langlois family on the loss of the lovely Angelina, mother to Gabe. pic.twitter.com/p86cLi1rdr