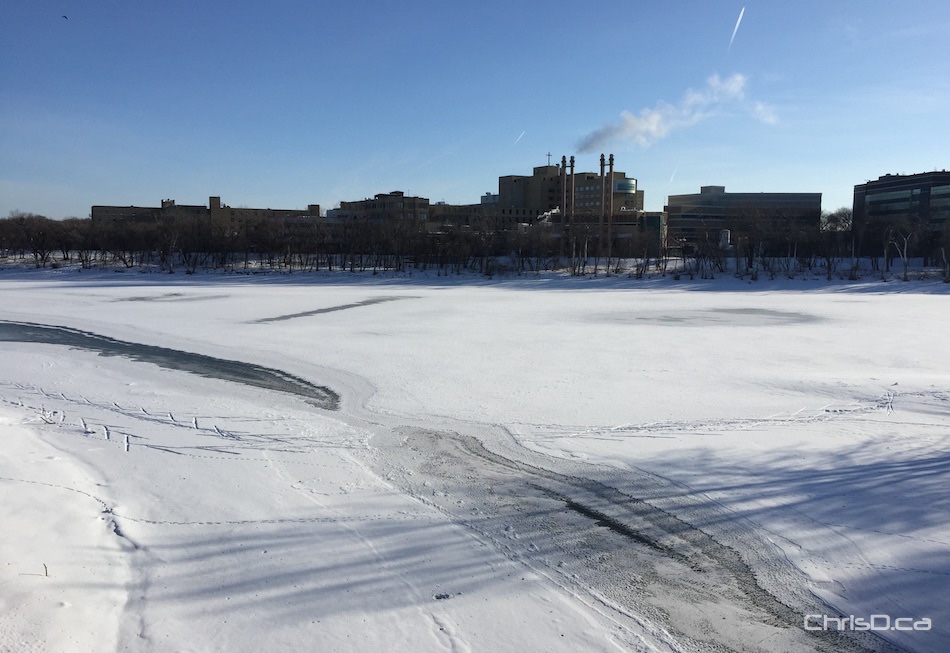 Open portions of water along the Red River, as seen in January. (CHRISD.CA FILE)

WINNIPEG – Flood forecasters in Manitoba say the Red River is expected to stay within its banks this spring.

The province’s Hydrologic Forecast Centre says above-freezing temperatures earlier this month in southern and central Manitoba, adjacent provinces and the United States have led to an early and rapid spring melt.

The centre says the Red is expected to peak at Emerson between Friday and Sunday and at Ste. Agathe on the weekend.

The crest is expected to arrive in Winnipeg anywhere from Sunday to Tuesday, resulting in a James Avenue crest between 16 and 17 feet., although ice jams could make this peak higher.

The centre says if the river peaks as forecasted, no community dikes will have to close and the floodway won’t need to be used.

Spring run-off and a rise in levels are occurring for the Roseau, Fisher, Icelandic and Whitemouth rivers.

The city of Winnipeg says five properties are at risk based on the province’s latest forecast.

It says it’s working with the homeowners to ensure sandbags are in place if necessary.