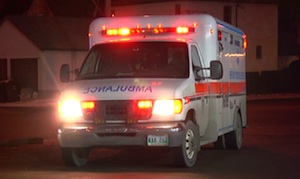 Liberal Leader Rana Bokhari says her party would reimburse ambulance fees for anyone over 65 and with an annual income of less than $20,000.

Bokhari says that she would try to find a way eventually to avoid charging the fee up front.

Bokhari says it’s unfair that ambulance fees can exceed $500 in some parts of the province.

The Progressive Conservatives have promised to find ways to reduce ambulance fees for everyone.

Bokhari says her plan would help those most in need, and would cost less than $1.5 million a year.

“I go out and I talk to seniors and I can’t tell you how many have said to me … ‘I’ve taken a cab when I thought I was having a heart attack,'” she said Thursday.

Bokhari said the cost figure is an estimate. She was unable to say how many seniors would be covered.