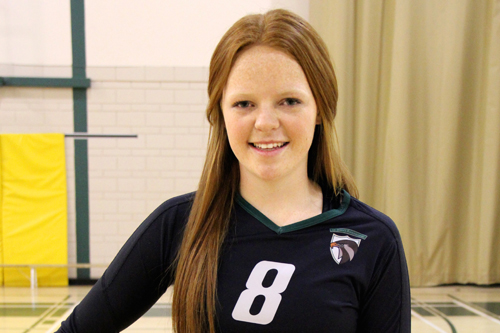 A St. John’s Ravenscourt volleyball player has committed to playing for the University of Winnipeg Wesmen next season.

Sadie McTavish plays left side for St. John’s and was the team’s captain for the past two season. Following her consistent play in 2015, she was named to the Manitoba Volleyball Association’s Graduating All-Star Team. In 2014 she led the team to the AAA Provincial Finals where she was named a tournament all-star.

“Sadie brings so much to the table as a first year student-athlete. She is well balanced, mature, bright, self-managed, loyal, committed, athletic and all about TEAM. Her timing in joining our program will allow her to contribute right away and grow with the group,” said Diane Scott, head coach of the Wesmen.

McTavish plans to study in the Faculty of Science this coming September.