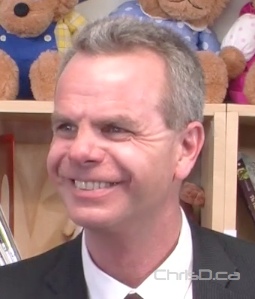 Manitoba’s NDP would spend $125 million over five years on recreational facilities if re-elected.

“By investing in community hubs like arenas, parks, and libraries, we will make sure that working and middle-class families have more opportunities to have fun and spend time with their kids,” Allum said.

Allum said some of the projects would include the redevelopment of the Fort Garry Community Centre, a new Maples Multiplex and a Concordia Wellness Centre. He also said that the NDP will dedicate at least $10 million to building more recreation opportunities in Northern Manitoba.