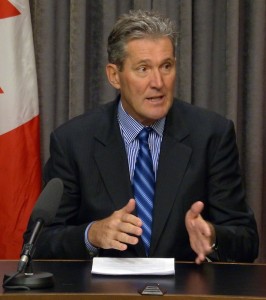 Manitoba’s Progressive Conservatives would work to recruit and retain doctors if elected on April 19.

“Manitoba is facing more doctor shortages and under the NDP we have the worst record for doctor retention in the country,” said leader Brian Pallister.

“We train doctors but many leave quickly for other destinations.”

Pallister says more than 2,300 doctors have left the province while the NDP has been in power.