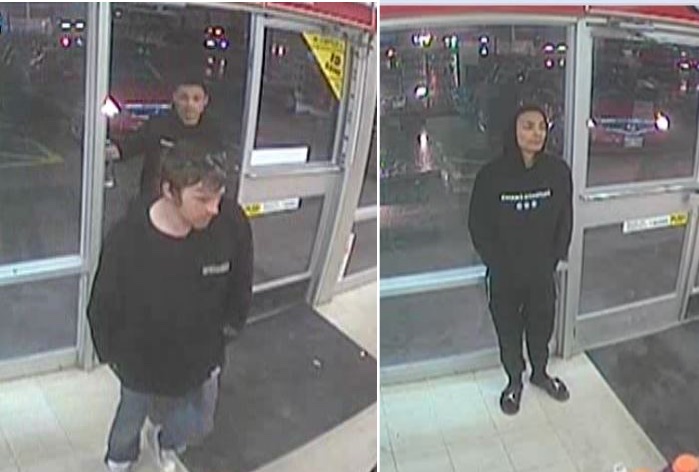 Two men accused of threatening and robbing a 31-year-old woman on March 15, 2016 have been arrested and face charges. (WPS / HANDOUT)

Surveillance photos have led to the arrest of two men accused of robbing a woman on March 15.

The 31-year-old victim was walking to work in the area of Sinclair Street and College Avenue at around 7:25 a.m. when two unknown men confronted her from behind. She was threatened with a weapon and robbed of her personal items before the suspects fled on foot.

The victim was not injured and contacted police.

Winnipeg police released surveillance photos on Wednesday and the suspects were identified and arrest.