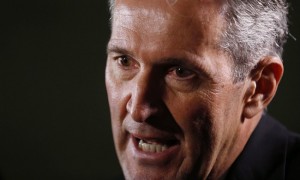 WINNIPEG – Manitoba Progressive Conservatives are promising to put more government contracts up for bidding if they win the April 19 election.

Tory Leader Brian Pallister says the aim would be to increase transparency about what the government buys and to ensure taxpayers were getting the best value for their money.

Pallister says a Tory government would only resort to untendered contracts in exceptional circumstances such as emergencies.

He also says the Tories would give the auditor general more power to do random audits of purchases by departments and Crown corporations.

The Tories also say they would mandate the immediate disclosure of any government contract that was awarded to one company without being open for bidding.