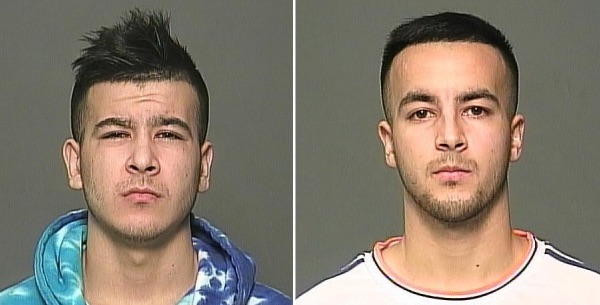 Zuhair Mohammad, 21, and Zuhur Mohammad-Zari, 23, are wanted for an assault and unleashing pepper spray at a Pembina Highway restaurant on March 20, 2016. (WPS / HANDOUT)

Winnipeg police are looking for two suspects they say pepper-sprayed patrons at a south end restaurant and assaulted another person.

The incident happened March 20 in the 2000 block of Pembina Highway when a victim was assaulted in the upper body.

Police are now looking for two suspects wanted in connection to the assaults.