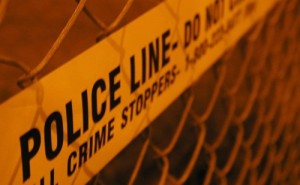 CALGARY – Calgary police are investigating after one of its dogs chased and bit a child.

The off-duty canine unit member and his handler were in the backyard of their home in Aspen Hills around 6 p.m. Wednesday when the dog, a Belgian shepherd, escaped from the yard and encountered three children playing.

A 12-year-old boy ran away from the dog, and the dog gave chase, following him into his house and biting him on the lower leg.

The dog’s handler went into the boy’s house and removed the dog, then gave the boy first aid.

The boy was taken to hospital where he was treated for puncture wounds and released.

Police chief Roger Chaffin says he met with the boy’s family on Thursday to apologize and offer support.

“The dog has been transported to the secure kennelling facilities at the CPS canine unit,” said Chaffin. “We are now working with the family to offer any assistance we can as they deal with what must have been a terrifying incident.”

Officials with the Alberta Serious Incident Response Team and Alberta’s Solicitor General’s Office have been notified.

“This is the first time I’ve heard of such an incident of this nature in Calgary and I want everyone to know that I’ll be doing everything possible to make sure this does not happen again,” Chaffin said.

The policies and procedures of the canine unit will undergo a full review, the chief added.

The dog, named Marco, was a recent graduate of canine unit training and had been working for police for about a year.