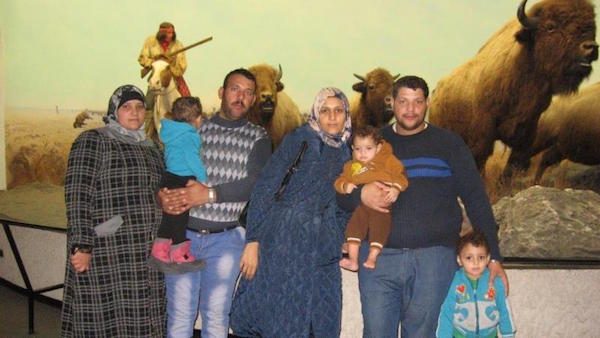 A Syrian family recently visited the Manitoba Museum for a day of fun and to learn about their new home. (MANITOBA MUSEUM / HANDOUT)

WINNIPEG — Newly-landed Syrian refugees are learning all about their new home at the Manitoba Museum.

Working with Welcome Place, NEEDS inc., and Refuge Winnipeg, the museum has distributed complimentary passed to ensure newcomers to Manitoba have the opportunity to learn about the province.

“It is essential that the museum is as inclusive as possible in carrying out this mission,” said Claudette Leclerc, the museum’s executive director.

“It is through our Access for All initiative that we are able to reach out to the community to provide free access to those who would otherwise not be able to visit the museum and learn about Manitoba.”

“We did not have an interpreter so they really had no clue what they were seeing but they all enjoyed the outing,” said Esther Kiernan with Manitoba Family Services.

“Pictures of buffalos and tipis and… ships are now plastered all over Syria as many of the people have phones and Facebook. People in Syria will wonder what Canada is all about!”