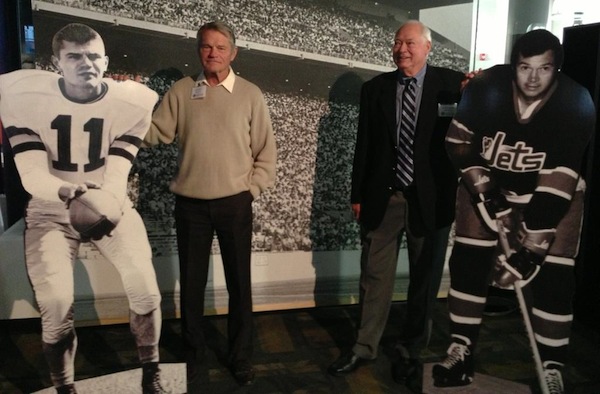 A new documentary looking at the life of former Winnipeg Blue Bomber great Ken Ploen will have sports fans glued to the screen at the Park Theatre on Monday.

The 30-minute film came about after Vint spotted Ploen at a fundraiser and realized such a documentary on his life hadn’t been produced.

“It’s incredible the number of people that have thanked me for making this doc,” he said.

Ploen, a native of Lost Nation, Iowa, has always been Winnipeg’s “adopted son” to Bomber fans since he was signed in 1957 and joined the ranks under head coach Bud Grant.

“His manner defines quiet dignity and his approach to the fans should be considered a model for any professional athlete.”

Seating is limited. To reserve a ticket, e-mail [email protected]. Admission is by donation to KidSport Manitoba.