Home » Columns » Tragedy on Canada’s First Nations: What Needs to Be Done?

Tragedy on Canada’s First Nations: What Needs to Be Done? 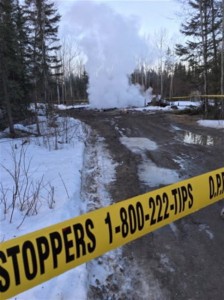 Hands up if you remember the name Glenn Babb. 30 years ago, when South Africa was still the land of apartheid, he served as that country’s ambassador to Canada, and he made a highly-publicized visit to the Peguis First Nation in Manitoba.

He was invited by Chief Louis Stevenson, who wanted to make the point that life for black South Africans was better than it was for aboriginal Canadians living in third world conditions on reserves. Louis Stevenson, may he rest in peace, will never be compared to Nelson Mandela, but if Glenn Babb were to return to Canada today, he would probably conclude that not much has changed in 30 years.

This week, nine family members died when fire destroyed their home on Pikangikum First Nation in northern Ontario. It was an all too familiar story. More than one generation living in not much more than one room, with no proper toilet or running water. On remote reserves, there is little or no fire protection, or meaningful recreation. Far too many young people in particular are driven to addiction problems, and eventually suicide.

Before Pekangikum, the brief focus was on Cross Lake where hundreds have attempted suicide in less than a year, and too many have succeeded. When these tragedies happen, the national media swoops in, along with the grief counsellors, and everyone says “we simply must do better.” Then the news cycle moves on to another sad story, and nothing changes.

There is precious little chance that the situation ever will change, and we have to wonder what is the value in perpetuating such a sad, dysfunctional world. For the youngest victims, like the toddlers who died in the Pikangikum house, is it not just about the worst form of child abuse imaginable?

Prime Minister Justin Trudeau has made a solemn promise that on his watch, life for aboriginal Canadians will change for the better. The mountain that must be climbed seems to get higher all the time.