Fired for Using the ‘Fat’ Word: Alberta Woman Gets Apology from Plus-Size Store

By Chris Purdy, The Canadian Press 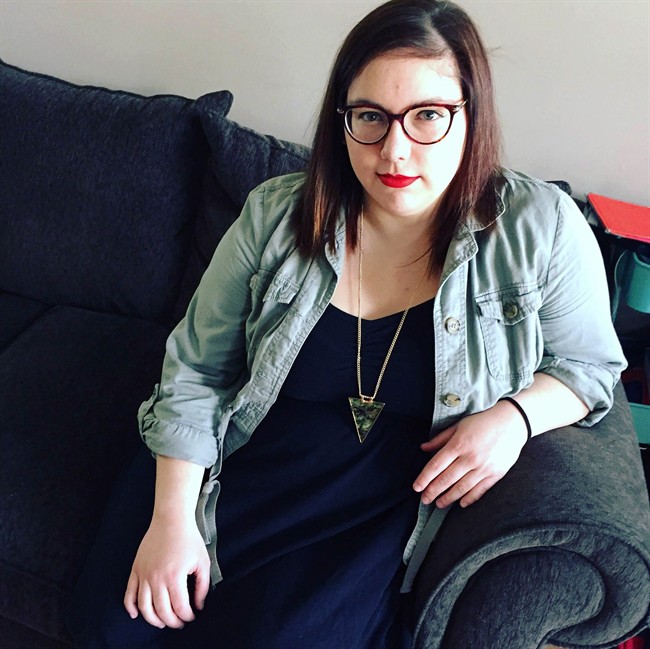 Connie Levitsky is shown in this handout photo. A plus-size women’s clothing store has apologized to an employee after it fired her for using “fat” to describe customers. Levitsky of Edmonton used the word on her Facebook page last week when updating her job status as a new sales associate with Addition Elle. (THE CANADIAN PRESS/HO)

EDMONTON – A plus-size women’s clothing store has apologized to an employee after it fired her for using “fat” to describe customers.

Connie Levitsky of Edmonton used the word on her Facebook page last week when updating her job status as a new sales associate with Addition Elle.

Levitsky wrote: “Conquering the world, one well-dressed fat lady at a time.”

She said a store manager called her Friday to tell her that using “fat” on Facebook was inappropriate, so she deleted the post. And she thought that was the end of it.

But when she showed up for her shift Tuesday at the company’s West Edmonton Mall location, she was fired. Levitsky said a district manager told her that the company couldn’t be associated with “fat” and that she considered it a swear word.

Levitsky, a 24-year-old university student, said she was shocked, hurt and angry. And when she got home, she took to Facebook to vent her frustrations.

She wrote that it took years for her to accept her plus-size body and she prefers to use “fat” instead of store-accepted euphemisms such as “curvy” and “shapely.”

“As part of the body-positivity movement, I feel that if companies … are still censoring the word fat, then we are never going to get anywhere,” she wrote.

“This is one less store I can shop at, not because their clothes don’t fit me, but because what they don’t stand for doesn’t.”

Addition Elle later posted a statement on its Facebook page that said it took Levitsky’s use of “fat” out of context and worried the word would offend customers.

“We believe that anyone should use whatever words they are comfortable with when describing themselves and whatever makes them feel empowered,” it said. “We recognize that letting her go was a mistake and have apologized to our employee for any hurt this may have caused her.

“We stand for body positivity in all its forms.”

The company said it has offered Levitsky her job back.

But Levitsky said that’s not going to happen.

It would be disingenuous to return and work for an organization that has disappointed her so much, she said.

“Especially after so many other women and men have come forward and reached out to me and said, ‘You know what, I’m appalled that this happened to you.’ And thanking me for shedding light on what is ultimately a really important situation within the fat-positivity community.”