Home » News » Rough-Legged Hawk Released Back into the Wild

Rough-Legged Hawk Released Back into the Wild 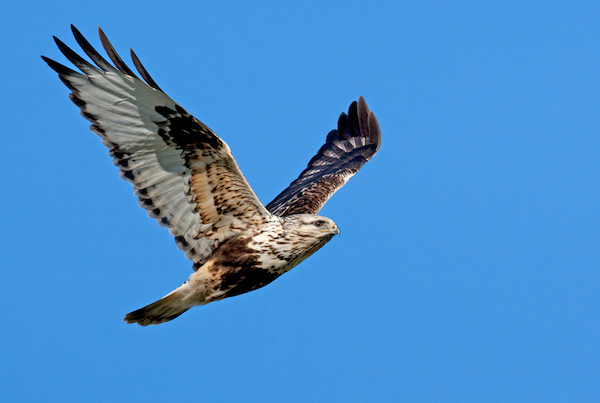 A rough-legged hawk will be released back into the wild today southwest of Winnipeg. (ROBERT L. KOTHENBEUTEL / SHUTTERSTOCK.COM)

A rehabilitated rough-legged hawk will be released back into the wild today.

The Wildlife Haven Rehabilitation Centre will set the hawk free at the 5th annual La Rivière Raptor Festival at around 10 a.m.

The distressed adult male was found by Portage La Prairie Conservation when he was unable to fly. He was brought to the Wildlife Haven on November 13, 2015, who rehabilitated the animal after it suffered unknown trauma to its right wing.

Wildlife Haven staff will then feature their other ambassadors, including Max, the great horned owl, Luna, the barn owl, Kricket, the American kestrel and Avro, the Swainson’s hawk, at their information booth in the Blair Morrison Hall.

La Rivière is located about 167 kilometres southwest of Winnipeg.

The Wildlife Haven Rehabilitation Centre has been rehabilitating injured, sick and orphaned wildlife from across Manitoba and northwestern Ontario for over 30 years.