Search and Rescue Exercise to Light Skies Near Shilo 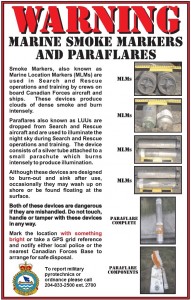 A night exercise will be carried out tonight by the 435 Transport and Rescue Squadron near Shilo, Manitoba.

The exercise is part of ongoing training and will involve dropping illumination flares as well as smoke markers for the purpose of targets on the ground or in the water.

“These illumination flares aid the crews in searching at nighttime and identifying places where they can safely drop lifesaving equipment or deploy search and rescue technicians (SAR Techs) to help persons in need,” 17 Wing Winnipeg said in a release.

A spokesperson also says those in the area can expect to hear the sound of the Hercules aircraft flying overhead as well as the “popping” of the flares when they are ignited.

The Shilo range is located southeast of Canadian Forces Base Shilo and west of Highway 238.

← Previous: One Last Call at The Round Table After 42 Years Next: Winnipeg Zoo Seeking 150 Volunteers for the Summer →
Tags: CFB Shilo | Manitoba