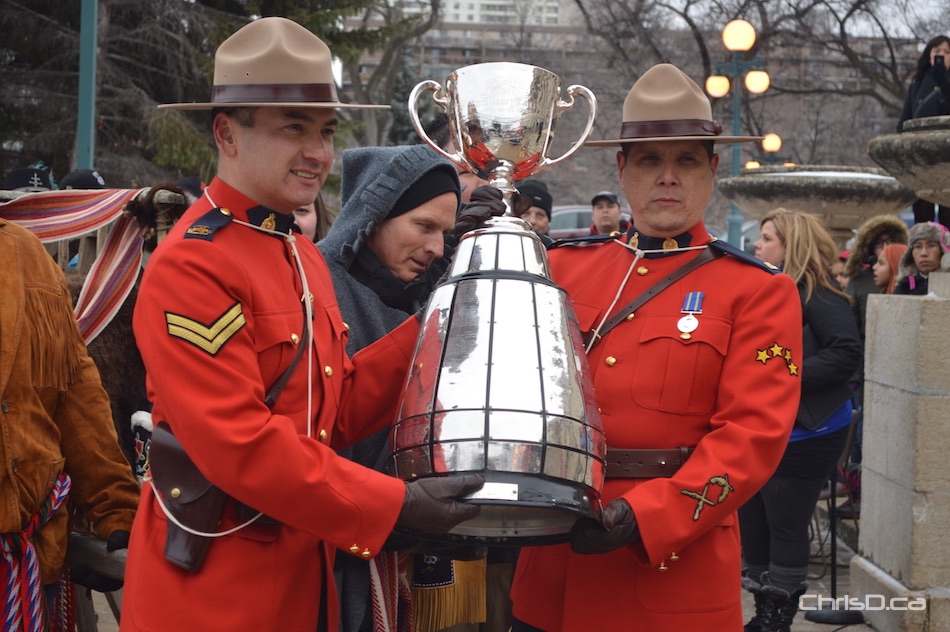 Mounties carry the CFL Grey Cup trophy to the steps of the Manitoba legislature in Winnipeg on Wednesday, November 25, 2015. (DAVE BAXTER / CHRISD.CA FILE)

The Winnipeg Blue Bombers made $7.1 million in net profits from hosting the 103rd Grey Cup game and festival last November.

The Bombers brought in $3.2 million when they hosted the 94th Grey Cup game and festivities in 2006.

Of the generated revenue, $1.5 million has already been paid to Triple B Stadium Inc. for stadium improvements to Investors Group Field.

The Bombers begin their 2016 regular season on Thursday, June 24, against the Montreal Alouettes.