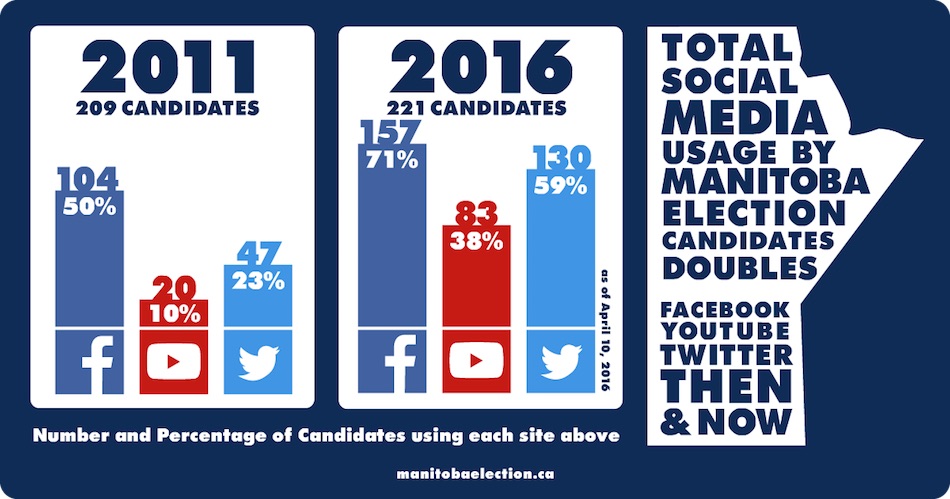 We all know social media plays a role in elections, but when compared provincially to four years ago, the increase is staggering.

ManitobaElection.ca, a citizen-powered website offering everything you need to know before heading to the polls, has measured candidates’ social media usage using all platforms.

Open Democracy Manitoba, the group behind the website, found a dramatic increase in the number of YouTube videos candidates have been uploading. Candidate content on the video platform has more than quadrupled compared to the 2011 provincial election.

Twitter and Facebook usage is also up, with 59 percent and 71 percent of candidates on each platform, respectively.

“We’ve been talking about what other social media tools we’ll need to prepare for in future elections. Some candidates are using Instagram, LinkedIn and other tools,” said ODM co­-founder Kyle Geske.

“It’s really picking up and it appears candidates get a lot of exposure this way.”