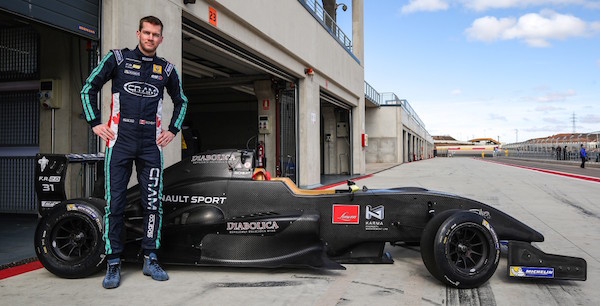 Richert is on deck today through Sunday in both practices and qualifying rounds.

Richert recently signed with Italian team, Cram Motorsport, to race in the Eurocup Formula Renault championship, which also includes a race event at the luxurious Monaco Grand Prix in late May.

“I’m really excited to get this race season underway as it’s my first chance to race at this level, so it will be the perfect opportunity to test myself against the best drivers out there,” Richert said.

“Plus, it’s supposed to be 26 degrees and sunny so it should make for a great weekend to drive a race car.”

Motorland Aragon, situated near the Spanish town of Alcaniz, Spain, opened in 2009 and hosts several major racing competitions including a round of the MotoGP calendar.

Live timing can be followed here with updates throughout the day via @RenaultSpSeries on Twitter.