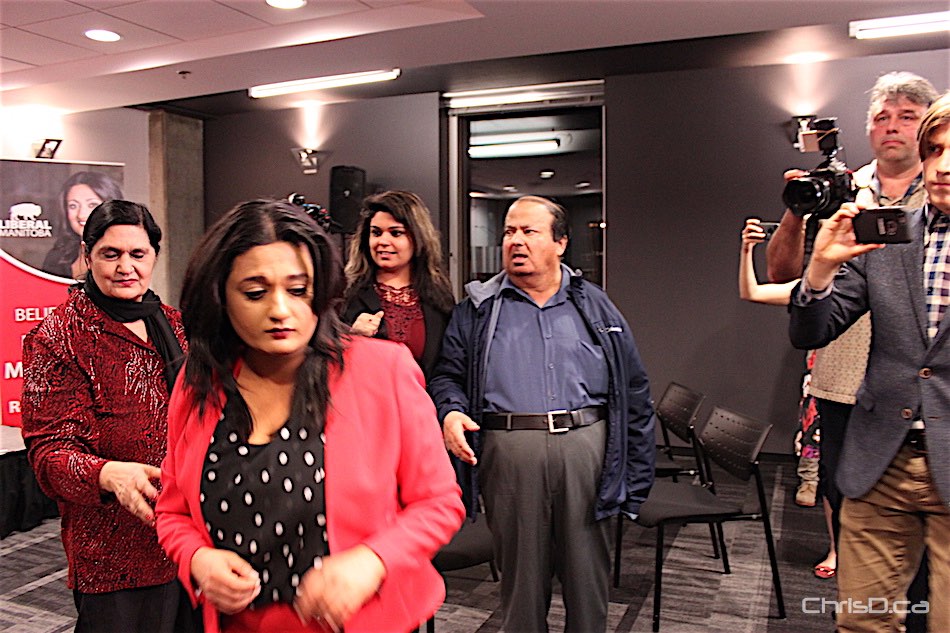 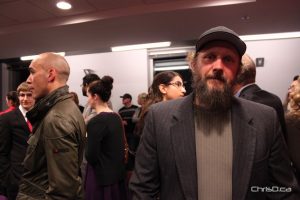 WINNIPEG — Manitoba Liberal leader Rana Bokhari will take time to evaluate whether she will try to stay in the top position after losing the Fort Rouge riding to NDP candidate Wab Kinew, according to the party’s director of communications, Mike Brown. Bokhari told media it was “not a conversation to have today,” after a two-minute media scrum she held in place of a traditional concession speech, before making a round of quiet hugs with candidates and volunteers.

Bokhari’s loss comes after a five-week campaign that saw a number of missteps, including paperwork issues that led to candidates being rejected. Dozens of party faithful who gathered at the headquarters at the Alt Hotel on election night sighed deeply when it became apparent that Bokhari, the 38-year-old lawyer who has led the party since 2013, could not catch up to Kinew. In the end, the Liberals saw only three of its candidates be elected: Cindy Lamoureux (Burrows), Judy Klassen (Kewatinook), and the former Manitoba Liberal leader who held its only seat going into the election, Jon Gerrard (River Heights.)

“It’s a bit bittersweet,” Gerrard said, arriving minutes before Bokhari spoke with media. “I think there’s some major strengths to build upon, and I think there was a lot of good elements that could be built on as we move forward.”

Gerrard also wouldn’t comment on Bokhari’s future as leader. “Right now I think it’s important that we recognize what she’s done for somebody who didn’t have a seat to start with, she’s built, and done some things remarkably well, even thought the end result isn’t as good as we would have liked.”

Gerrard said the campaign Bokhari put together helped him win his seat in River Heights, and he praised her for attracting new people to get involved with party. Those people included David Engel, who had never volunteered for a political campaign prior to meeting the her. “She told me I was too opinionated not to be involved, and so I got involved,” he said, emotional over the results, “And I’ve been supportive of her and what she’s done with this party ever since.”

Engel says he met many first time volunteers while working on the campaign who felt the same way. “Rana, we really believed in her, and the so called ‘bumbling’, that’s not how we saw it,” he said, adding that he was proud the party tripled it’s seat count and of how they conducted themselves.

Bokhari also expressed pride at how the campaign rolled out, and told media she wouldn’t do things differently if she could. “We had a tough game,” she said, “We were running with zero dollars, with a fraction of the resources, with a lot of negativity, but we had fantastic candidates, we had fantastic volunteers, we did what we could with what we had, and that’s just — that’s just it.”

Brown would not give a specific timeline or details as to when Bokhari will decide her next move, saying there were a number of things to consider, including the low-earning potential of party leadership.