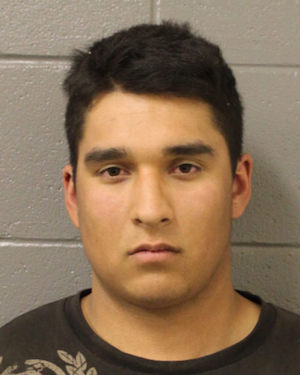 Harley William Delorme, 24, is wanted after a break and enter in Steinbach where a gun was fired. (RCMP HANDOUT)

A warrant has been issued for a 24-year-old man allegedly involved in a home invasion in Steinbach on Monday.

RCMP say two suspects forced their way into an apartment and an altercation broke out with a resident. One of the suspects fired a gun, but no one was injured.

Police believe the incident was targeted.

Harley William Delorme of no fixed address is wanted on break and enter and a variety of weapons-related charges.

Delorme may be in the Steinbach or Winnipeg area and should be considered armed and dangerous.