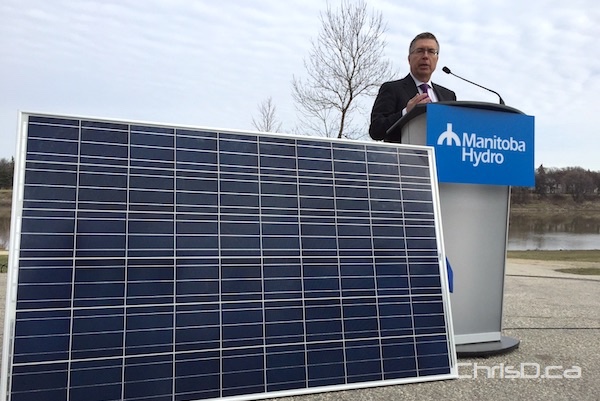 WINNIPEG — Manitoba Hydro is rolling out a new program to help homeowners eventually save on energy costs while utilizing the power of the sun.

Through the Power Smart Solar Energy Program, Manitobans can adopt to use solar power to generate their own electricity and sell excess energy back to Manitoba Hydro.

“We want to be involved in these emerging technologies, which are improving and becoming more cost-effective,” said Hydro president and CEO Kelvin Shepherd.

“As the cost-effectiveness improves, these technologies become an increasingly viable option both for Manitoba Hydro and customers.”

Shepherd said the average cost for a homeowner would be $3.50 per watt, with Hydro offsetting $1 per watt of that cost for installation. At a total cost of about $16,000 to $20,000, the program would take years to pay for itself, but is targeted more to the energy-conscious consumer.

A typical single roof-top solar photovoltaic (PV) system in Winnipeg uses approximately 250 watts of power and takes up 1.5 square metres. That sized unit would produce enough energy to run the lights in your kitchen.

To participate in the program, customers must be connected to the Manitoba Hydro grid and use a bidirectional meter. A certified electrical contractor is required to install the approved solar PV system.

Homeowners and businesses interested in the program can visit hydro.mb.ca or call (204) 360-4018. 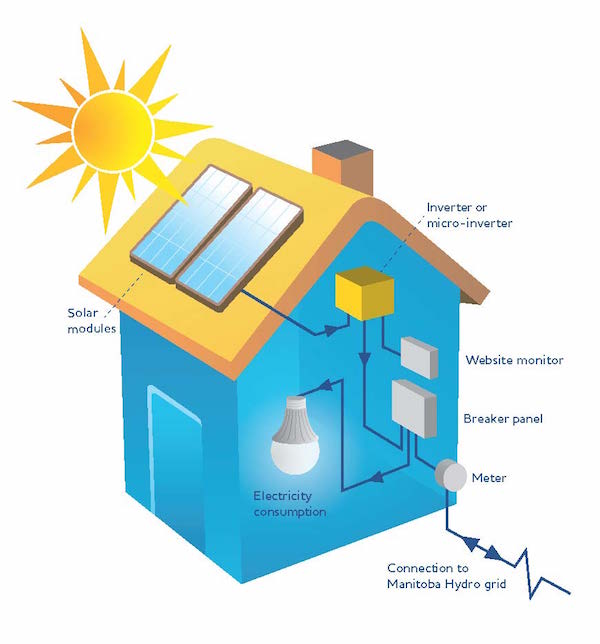