Winnipeg Mother Worried About CFS Investigation Over Children in Backyard 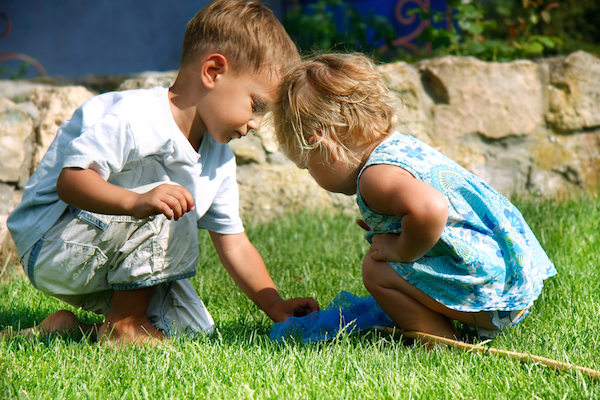 WINNIPEG – A Winnipeg woman says she was reported to and investigated by Child and Family Services simply for letting her children play in her backyard.

Jacqui Kendrick, a stay-at-home mom, says a CFS worker showed up unexpectedly in early April, saying they had received a complaint about her children being unsupervised.

Kendrick has three children ages two, five and 10, and says they often played in her fenced-in backyard after school.

Kendrick told CTV she’s either with them or watching them from her living room, though she says her oldest child also helps out by looking after her younger siblings.

But she says because a file has been created, she’s worried that any future complaints could end up with her children being taken from her.

She also says the grilling she underwent from the CFS worker left her in tears.

“(The worker was) asking me about if we’ve ever dealt with CFS before, what my childhood was like, how I punish my children,” Kendrick says. “She had to look to see where my kid slept. She had to see if we had enough food in the house.”

CFS officials did not respond to requests for an interview.

Winnipeg psychologist Dr. Toby Rutner says children should be as independent as their abilities allow.

He says with increased use of the Internet, “it has created a situation where everyone feels entitled to give an opinion, but this approach that says everyone’s opinion is equal in value.”

He calls the case common passive-aggressive behaviour; where in the past, concerned neighbours would have had to knock on someone’s door, now they can make an anonymous complaint.

Kendrick says her children have been well trained in how to be safe.

“We’ve taught both the (older) kids so far that you look after each other. That’s kind of the point. The older ones should be looking after the younger ones,” Kendrick says.

“My 10-year-old is very responsible. We’ve taught the older ones already the whole stranger danger, and they know what to do. When my five-year-old’s out there, she knows she’s not supposed to go up to the fence.”

Manitoba’s Child and Family Services Act states a child 12 or older can be left home alone unsupervised. It doesn’t say anything about children playing in a backyard.

← Previous: Plenty to Do in Celebrating Earth Day at The Forks Next: Hydro Launches Solar Energy Program for Homeowners →
Tags: Winnipeg