Home » Columns » Pallister Era Begins in Manitoba, But What Can We Expect?

Pallister Era Begins in Manitoba, But What Can We Expect? 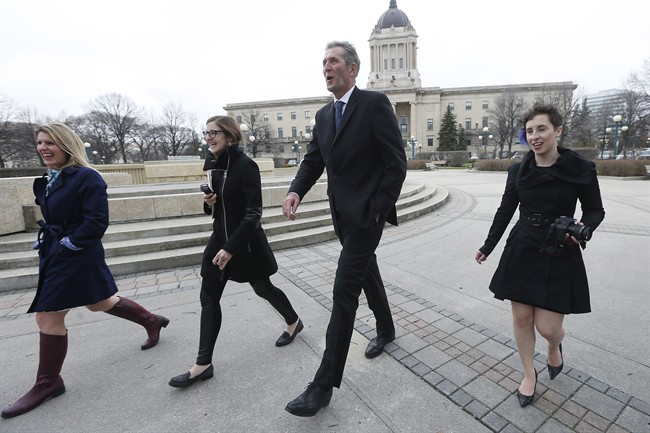 WINNIPEG — What can one say about the regime change that is taking place in my home province of Manitoba. In the election earlier this week, Brian Pallister’s Progressive Conservatives won an unprecedented 40 seats in the 57-seat legislature, and more than 50% of the popular vote.

Manitoba has never been known for landslides like that. We could almost be known as Canada’s ‘middle earth.’ When they measure things like personal income, the cost of living — especially housing, and many other indices, this province is usually right in the middle of the pack. We really are neither a have or a have not, although we do benefit greatly from billions of dollars in federal transfers.

But one of the measuring sticks that has put Manitoba at the very bottom in recent years has been the popularity of the man in the premier’s office, the NDP’s Greg Selinger. He had a very tough act to follow when he took over from Gary Doer in 2009. Seventeen years is a long time in power for any government in Canada. Selinger pretty much guaranteed that there would not be an 18th year for the NDP when he raised the provincial sales tax three years ago.

Going back to 1969, the NDP have ruled in Manitoba for 31 out of 47 years, and party veterans say they might well have won this latest battle if Greg Selinger had made his exit 18 months ago when faced with an internal revolt that could have been scripted by Shakespeare.

However, despite his amazing mandate, it’s hard to imagine any incoming provincial leader who inspires less affection or enthusiasm than Brian Pallister. It seems he was out earning his first million when they were handing out charisma. Even the Tories I know who have been active in the party since the days of Duff Roblin are having a hard time completing the sentence that goes “Brian Pallister will be one of Manitoba’s greatest premiers because…”

Please, Brian, surprise us why don’t you.