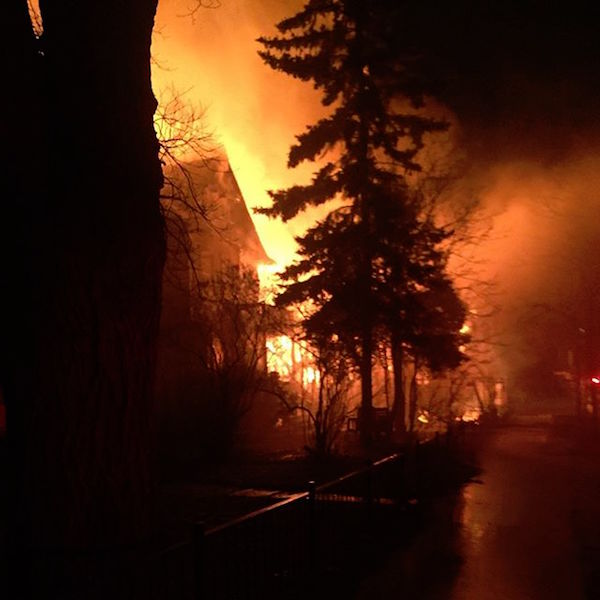 WINNIPEG — Four firefighters were taken to hospital in stable condition early Saturday after an overnight fire at the corner of Maryland Street and Westminster Avenue.

Emergency crews responded at around 3:45 a.m. and found the new condominium construction site fully engulfed. A home to the immediate west in the 700 block of Westminster Street was also damaged.

People in both homes were able to make it out safely. Residents of several houses on Dundurn Place were evacuated by police as a precaution.

Two people in a home in the 100 block of Maryland Street were also sent to hospital, where they remain in stable condition.

Damage is estimated at $4.5 million and the cause of the fire remains under investigation.

UPDATE: Police say witnesses reported two suspects in the area moments before the fire started at around 3:30 a.m.