Home » Entertainment » Age of Electric Playing The Burt in May

Age of Electric Playing The Burt in May 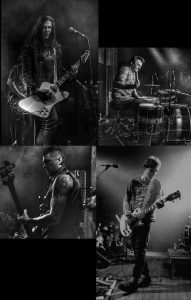 Saskatchewan rock band Age of Electric is bringing their tour to Winnipeg this spring.

The guys will play the Burton Cummings Theatre on Thursday, May 26.

Formed in 1989 by two sets of brothers from Lanigan and Regina, Saskatchewan, Age of Electric is comprised of Ryan Dahle (guitar/vocals), Kurt Dahle (drums/vocals), Todd Kerns (lead vocals/guitar) and John Kerns (bass/vocals) and remains one of the most successful indie bands to come out of Canada in the mid-90s.

Tickets for the show go on sale Friday, April 29 at 10 a.m. through Ticketmaster.