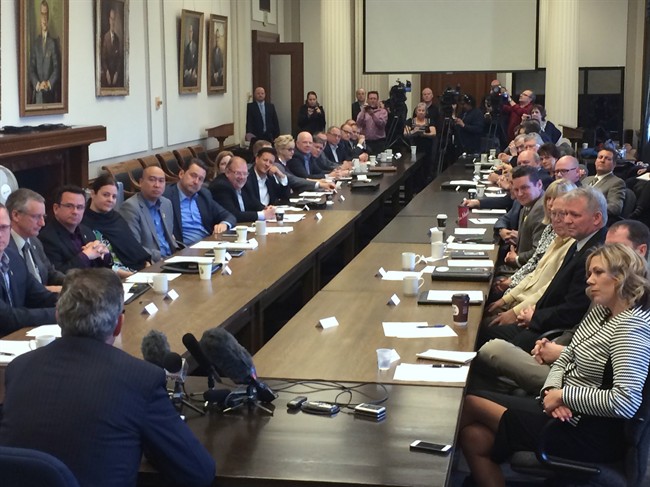 Pallister told his 39 fellow Tories they must focus on reducing waste, finding innovative ideas and boosting the economy to make what he called a Manitoba miracle within eight years.

Pallister also said the Tories ran a strong campaign because they were unified and consistent in their message.

He suggested unity is needed to replace what he called the dysfunction of the outgoing NDP government.

The Tories swept to victory on April 19 after winning 40 seats and ending the NDP’s nearly 17 years of power in the province.

Pallister and his cabinet ministers will be sworn in on May 3. The rest of his caucus will take the oath of office on May 11.