Tories to Vote in Myrna Driedger as House Speaker 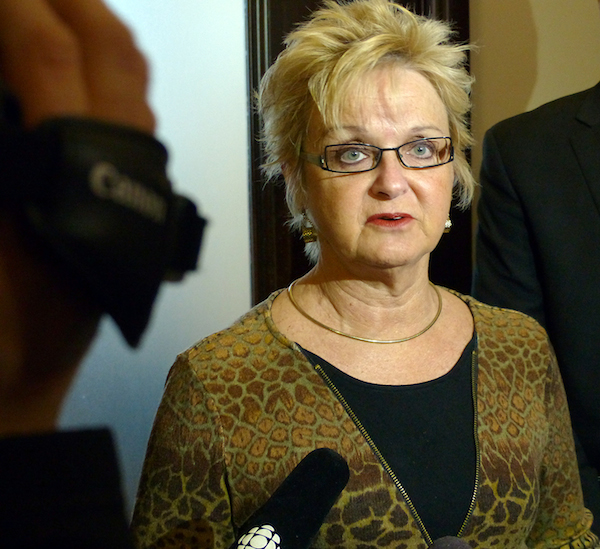 Manitoba’s Progressive Conservatives will vote for Myrna Driedger to become the province’s next Speaker.

The Charleswood MLA-elect would be the fourth woman speaker since 1871 in Manitoba if elected.

Party leader Brian Pallister will be sworn in as premier on Tuesday at the Canadian Museum for Human Rights, along with his cabinet.

The role of Speaker has the highest authority in the House, guarding privileges of the assembly and maintaining order and decorum and with enforcing the rules of procedure.

Driedger is currently the longest-serving MLA, having been first elected in the Charleswood by-election in 1999. She won her seat again on April 19.

Manitoba MLAs will vote in a new Speaker on May 16.