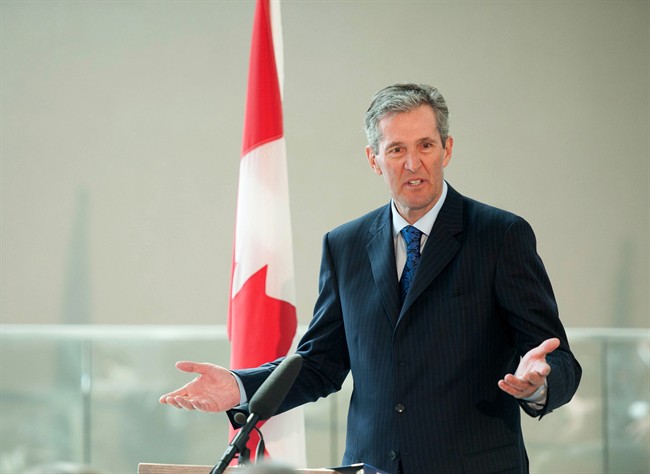 Premier Brian Pallister and his 12-member cabinet were sworn in Tuesday at the Canadian Museum for Human Rights.

Pallister and his fellow Progressive Conservative MLAs took their oaths of office as designated by Lieutenant Governor Janice Filmon.

“I am humbled and honoured by the opportunity to serve Manitoba,” Pallister said.

“Our team’s plan for a better Manitoba with lower taxes, better services and a stronger economy was overwhelmingly endorsed by Manitobans. We look forward to the opportunity to turn those commitments into reality. We know the job ahead of us will not be easy, but this is the right team to get Manitoba back on track.”

Pallister also announced Goertzen will be the government house leader and Jon Reyes has been appointed the military envoy.