‘Science Rendezvous’ a Fun Showcase of the Science World 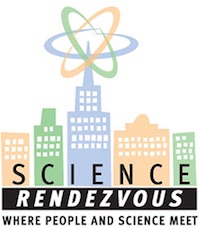 Canada’s largest celebration of the science world will be on display at the University of Manitoba this weekend.

Science Rendezvous — Winnipeg will include gadgets, gizmos and goop, but just don’t call it a science fair.

“It’s science fun!,” says Krystyna Koczanski, associate dean of the U of M’s Faculty of Science.

Science Rendezvous hosts more than 300 simultaneous events across the country.

“The spectacular science demonstrations are amazing, inspiring and educational,” said Tabitha Wood, acting associate dean with the Faculty of Science at the University of Winnipeg.

Budding young scientists will get the chance to create a Cyanotype Mother’s Day card, which uses a process from the 1840s that creates blueprint-like images.

The event will also feature a second installment of the Canada-Wide Experiment with 12 participating sites across the country releasing high-altitude balloons into space to take a snapshot of Canada’s atmospheric health. The results will be analyzed by researchers at the University of Regina and presented at event sites through interactive screens.

Science Rendezvous runs from 11 a.m. to 3 p.m. in the Engineering Atrium on the Fort Garry campus. Admission is free and open to the public.