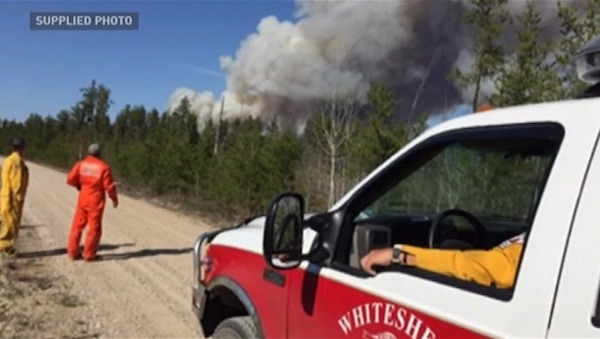 Officials survey a wildfire in Manitoba’s Whiteshell region over the weekend. (PROVINCE OF MANITOBA)

WINNIPEG — Wildfires in eastern Manitoba increased to approximately 20,000 hectares on over the weekend, reaching Beresford Lake.

The Wildfire Program of Manitoba Sustainable Development said sprinkler protection of cabins in the area was continuing, as mandatory evacuations of Beresford cottage subdivision of Nopiming Provincial Park were also being carried out.

Grounds crews, water bombers and helicopters from both the Manitoba and Ontario governments? continue to battle the wildfires.

In Birds Hill Provincial Park, campfires will only be allowed in the approved fire pits between the hours of 8 p.m. to 8 a.m.

Another update on the wildfire situation is expected later today.