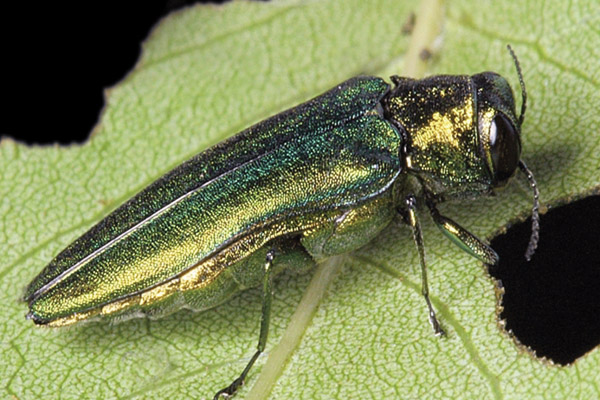 An Emerald Ash Borer on a leaf. (WIKIPEDIA COMMONS)

The city is preparing for another bug invasion.

Winnipeg’s Urban Forestry Branch is conducting an inventory of Ash trees on private property in hopes of helping to prepare the city for the arrival of the Emerald Ash Borer beetle.

“The Emerald Ash Borer is a destructive invasive pest that feeds on and kills all Ash trees,” says the City of Winnipeg.

“As the majority of Ash trees in the City are located on private property, this inventory is a critical part of the City’s Emerald Ash Borer preparedness efforts as it will provide necessary information to identify the impact of this pest on our urban forest and the resources that will be required to manage it.”

City staff have been given authorization to walk onto private property to count ash trees under the Manitoba Forest Health Protection Act. They will be carrying official City and Provincial ID.

Winnipeggers are asked to avoid moving firewood, especially firewood from outside the province.