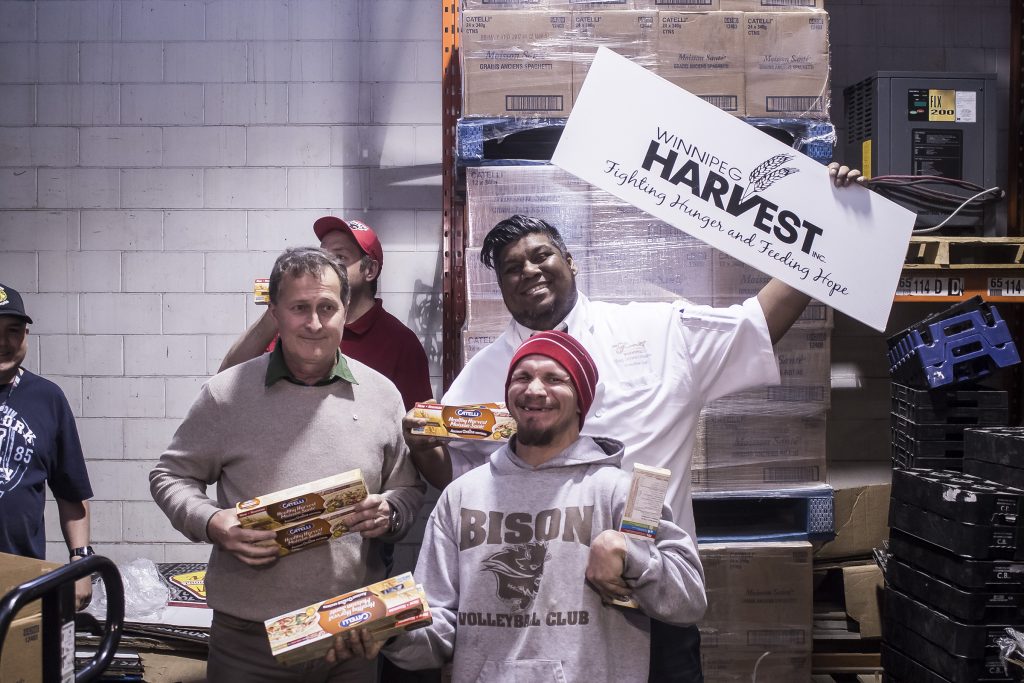 Summer is usually the slowest time of year for food banks, but Winnipeg Harvest’s shelves are stocked a little fuller thanks to Catelli Foods.

Approximately 6,780 boxes of pasta were delivered to Winnipeg Harvest, equalling  27,120 servings of food for those in need.

“Pasta is one of our top 10 most needed food items and the Catelli Foods campaign will help feed the nearly 64,000 Manitobans we feed each month,” David Northcott, Executive Director of Winnipeg Harvest said in a statement.

The deliveries to Winnipeg Harvest was part of a campaign called Help Us Feed the Hope, in which Catelli Foods aims to donate 1 million servings of pasta to feed the hungry across Canada.

Part of the campaign includes a cookbook, Pasta to the Rescue: Hot Summer Dishes for Busy Families, available as a free download on Catelli’s website. The cookbook includes 15 recipes from top chefs across the country, including Winnipeg’s Chef Eraj Jayawickreme, executive chef at the Fairmont Winnipeg.

For every download or share of the cookbook or its recipes, Catelli Foods will donate servings of pasta to Canada’s food banks.