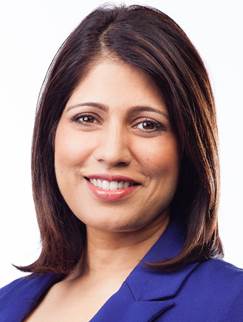 CTV Winnipeg’s Eleanor Coopsammy will soon wrap up her time in the comfy morning co-host chair.

Coopsammy said it was a tough decision to leave Manitoba, but an opportunity for her husband presented itself and they couldn’t pass it up.

“To the viewers who supported and cheered me on over the years, your kind words were very much appreciated. To those, who opened their homes and businesses to share their stories with me, thank you,” she wrote in an e-mail to ChrisD.ca.

Coopsammy’s last day on air will be Friday, June 3.

Nicole Dubé has been named the show’s new co-host alongside Kris Laudien. She will begin Monday, June 6 but will take maternity leave in the weeks following. A backfill co-host until Dubé’s return has yet to be named.