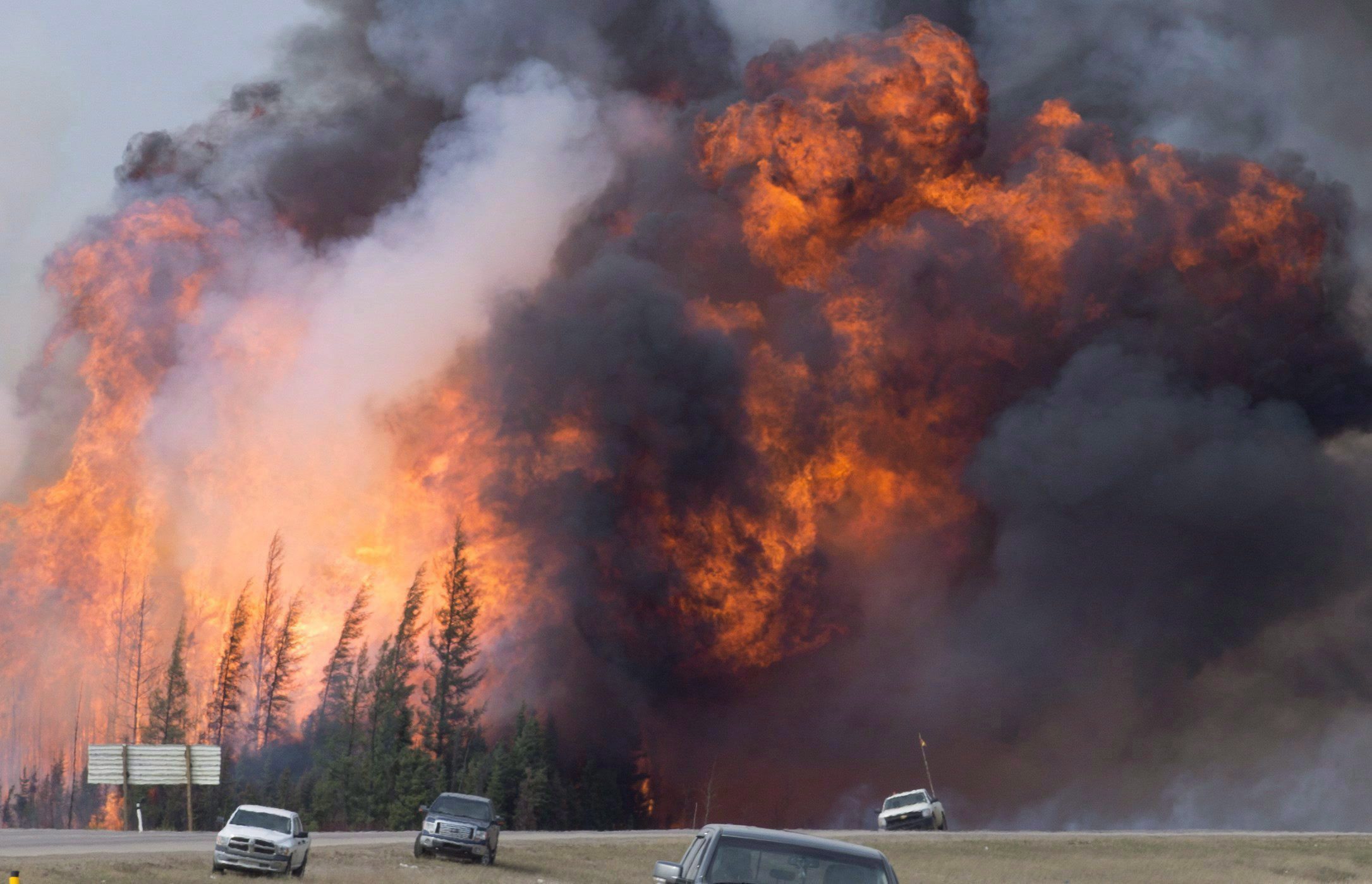 A giant fireball is visible as a wildfire rips through the forest by Highway 63, 16 kilometres south of Fort McMurray, Alta on Saturday, May 7, 2016. (THE CANADIAN PRESS/Jonathan Hayward)

FORT MCMURRAY, Alta. – There has been a dramatic increase in the size of a northern Alberta wildfire that has already destroyed hundreds of structures in Fort McMurray and is now licking close to the boundary with Saskatchewan.

As of noon Tuesday, the flames had scorched more than 3,500 square kilometres.

Officials have previously said that a 655-unit oilsands work camp north of Fort McMurray was destroyed by the fire, and that other camps in the area remain at risk.

Saskatchewan authorities say the fire is now about five kilometres or less from the provincial boundary and will likely keep burning that way, although the nearest community is about 40 kilometres away.

The weather in the region remains dry and windy, but Environment Canada is forecasting four days of rain.