Home » News » Beehive Project Sweet as Honey at The Forks

Beehive Project Sweet as Honey at The Forks 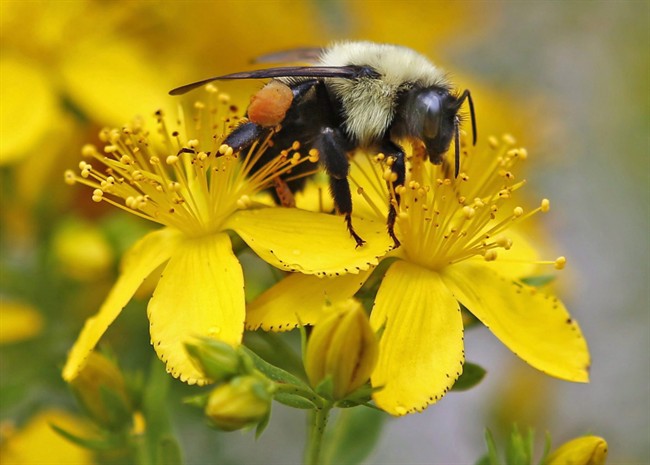 A bumblebee gathers nectar on a wildflower in Appleton, Maine in this July 8, 2015. A new study co-authored by a Canadian scientist is raising serious concerns about the impact on bumblebees of exposure to pesticides. (THE CANADIAN PRESS/AP/Robert F. Bukaty)

A new project at The Forks will become a hive of activity when the first urban bee project in downtown Winnipeg is unveiled on Friday.

The Forks has partnered with BeeProject Apiaries to install two honey beehives on top of the caboose on Forks Market Road.

“As part of our Target Zero initiative, we’re eager to be bringing honey bees to The Forks,” said Paul Jordan, CEO of The Forks North Portage.

“Bees play a vital role in our ecosystem, and globally their population is on the decline. Our hope is that we can not only be good stewards of our environment, but help educate the public about their importance as well.”

Each of the two hives will include approximately 10,000 honey bees and one queen. The area was selected as it is out of public reach, close to flowers and the Public Orchard, and offers the honey bees a clear flight path above passersby.

“Typically bees get a bad rap, but they are actually very docile and won’t sting unless they feel threatened,” said Chris Kirouac, co-owner of BeeProject Apiaries. “The urban setting is ideal for honey bees as they’re shielded from many pesticides, predators and harsh environmental elements.”

BeeProject Apiaries will maintain the colonies, with hives expected to produce 20-25 kilos of honey this season beginning as early as July. The Forks will sell the honey with proceeds going to support The Forks Foundation.

The installation will take place at 7:30 a.m.