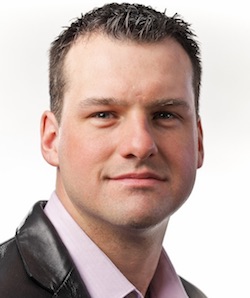 The University of Manitoba Bison men’s hockey team has named Ryan Bonni as their assistant coach.

Bonni, a former NHL and AHL player, joins the Herd ahead of the upcoming 2016-17 season.

The 37-year-old was a second round pick (34th overall) of the Vancouver Canucks in the 1997 NHL Entry Draft.

“Ryan’s character, extensive playing and coaching hockey background, passion for the game, and commitment to helping our players develop and achieve their goals, makes him a perfect fit for the Bisons,” said head coach Mike Sirant. “I’m really looking forward to working with and learning from Ryan.”