Home » Columns » Elbows Up in the House of Commons

Elbows Up in the House of Commons 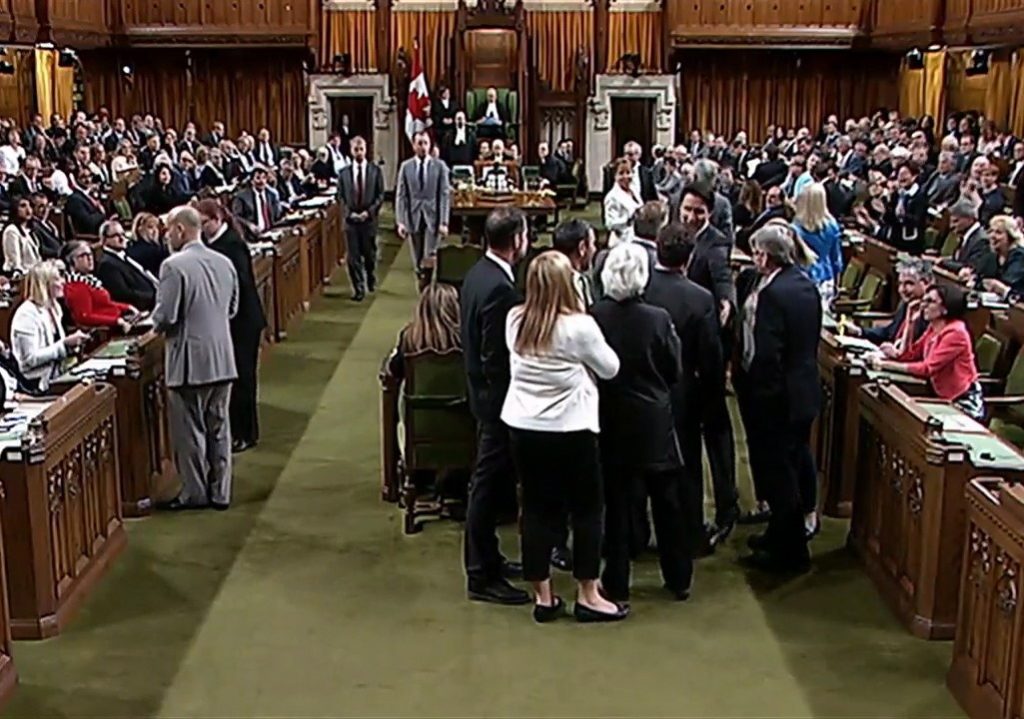 Canadian Prime Minister Justin Trudeau, face towards the camera left of centre of the frame, is shown near Opposition whip Gordon Brown in the House of Commons in Ottawa on Wednesday, May 18, 2016. (The Canadian Press/House of Commons)

Think back seven short months to that October evening when Canada’s political landscape was dramatically transformed. After a decade out of power — much of it as the third party in parliament — the Liberals were back in, led by Trudeau the younger. His brilliant campaign had brought out millions of new and mostly younger voters, ending the era of the dreaded Stephen Harper.

The future seemed limitless, but being a seasoned grouch, I couldn’t help but ask the question, “How long will the honeymoon last, and how soon might we come to hate him?” It’s still a bit of an open question, but this past week we saw what could be an ugly future under the Peace Tower. Suddenly it seems to be déjà vu all over again as Yogi Berra would say.

Prime Minister Justin Trudeau and the gang are shutting down debate just like Harper used to do, as they try to force through their legislation on assisted suicide. No one, not even the most loyal Liberals, really like this bill, but the Supreme Court has them boxed in a corner as we head towards D-Day.

In the heat of the moment, Trudeau was anything but the sunny ways guy as he bullied across the floor of the house, jamming an elbow into a female member of the NDP. He spent the next two days apologizing, but there’s a lot more work to be done if the damage is to be repaired, and posing for selfies won’t help very much.

Trudeau would be well advised to make better use of some of his veteran players, particularly Ralph Goodale, his only soldier in Saskatchewan. There never was a more loyal Liberal soldier, but Ralph was more effective as the party’s house leader.

It’s the collective wisdom of people like Goodale and elders from the Tory and NDP ranks that will be needed to keep this parliament from falling apart. Our political leaders are better than this, and it’s about time they started to show it.